Spencer Berezowski was born in Edmonton Alberta on July 26, 1973 and was the third child of Wesley and Rhonda Berezowski. He was survived by his older sister Jodi, older brother Don, his wife, Nicole and his three Beautiful children that he adored named Kalie, Morgan and Taylor.
Spencer was the type of guy that everyone loved to be around. He was very active in sports at a young age and excelled in hockey. As he got older he really took an interest in the great outdoors. Spencer loved to camp and, in the winter, ride ski-doos. It was this hobby that, unfortunately, ended his life on April 29, 2005. Spencer was ski-dooing near McBride, West of Jasper National park, where he was thrown from his machine and fell into a deep crevasse.

Spencer always took life head on and, through good times or conflict, you could always count on him to be a steady rock of integrity. He had a huge heart and would never shy away from helping a friend in need. His jovial laugh and witty sense of humor touched many people over the years and he will be truly missed.

Spencer lived out in Fort Saskatchewan and was very involved with his kids’ sporting activities and community programs. You could tell he had a sense of pride with his children and was very excited when they met with some success. He would readily share their achievements with great enthusiasm. Spencer truly was a gentle and humble human being and it was clear in the way he conducted himself with his family and in life. You often hear the statement, “He would give you the shirt off his back”, well; in this case it is not an exaggeration but a factual statement of his philosophy on life.

Spencer loved children and always had a way of putting a smile on their face. It was always a treat to watch him with his kids and how evident it was that they looked up to him. He was practical in his approach ensuring they understood the importance of working hard and making sure you respect those around you. It is only fitting that the Spencer Berezowski Memorial Golf Tournament was created to raise funds to help kids through the Stollery Hospital. Now, each year valuable funds can be raised to help children in Spencer’s name. 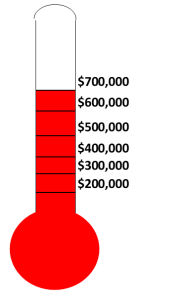